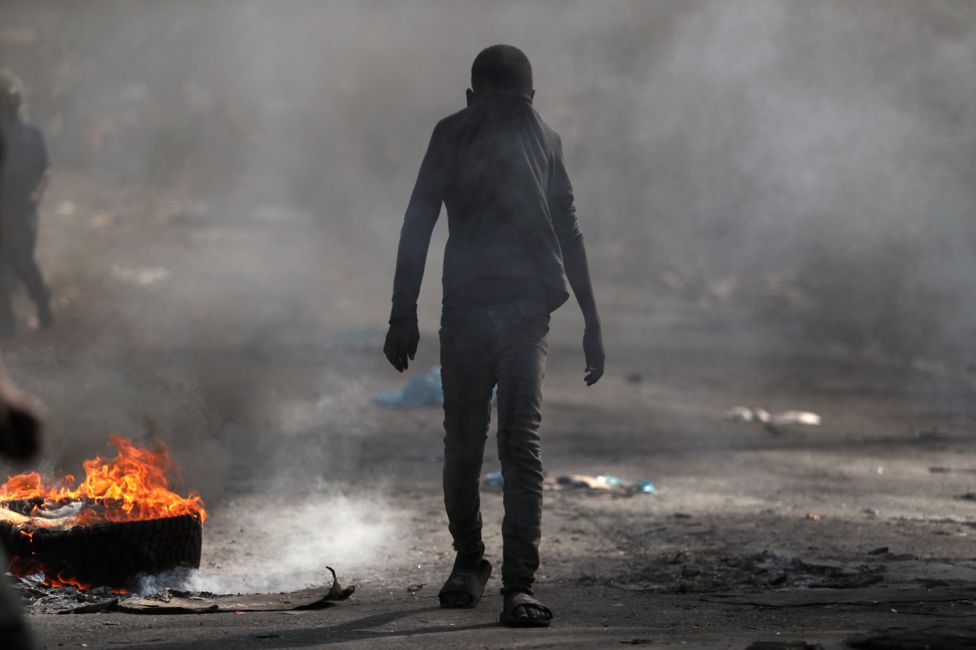 A Country In Crisis — These Kids Need Your Help, Now More Than Ever Before.

Since February 2019, the world has been gripped with the painful images and stories coming out of Haiti. By any stretch, the country isn’t new to unrest and violence in the streets — but this latest round of violence has resulted in deaths, injuries, and temporary school closures. For now, although there is still a lot of anger, things have calmed and life is slowly returning to normal as we enter the month of April.

February featured ELEVEN days of protests, which turned into government-riots that closed businesses and schools. The WhatsApp text messaging service and radio broadcasts have been used to help the Haitain citizens organize the protests and demonstrations, all but forcing their government officials to start talking. Under pressure, Prime Minister Jean-Henry Céant announced on February 16th nine measures aimed at alleviating the country’s economic crisis. Céant said the government will reduce its own expenses by 30%, meet with the private sector to try to raise the minimum wage, and appoint a new director to intensify the investigation into alleged corruption by PetroCaribe.

The violent protests and government blockades caused the citizens to be blocked off from aid, food, water, and gasoline, making it near impossible for the protests to continue. With the country in chaos and crisis, it seemed like both sides wanted things to calm down as quickly as possible. While the government is calling for calm, the demonstrators are calling for President Jovenel Moïse and Céant to resign and for an independent probe into the whereabouts of funds from the PetroCaribe agreement, an alliance between Caribbean countries and Venezuela. This alliance should have freed up funds and resources to aid development in Haiti, but the citizens haven’t seen it.

When government corruption is the source of the problem, it’s an uphill battle for citizens. Fighting back means people are being killed in the streets and cut-off from food and water. Over a 19-day period in February, the IACHR reported there were 26 deaths and 77 injuries during the protests.

As the rest of the world sits back and watches in horror, we’re all wondering — what is the solution here? How can the world possibly help when it appears like the country’s government is the enemy? There’s no easy solution here. No single country or organization can swoop in and solve this problem. But, that doesn’t mean there aren’t things we can all be doing to help.
The reason people are protesting is because it appears like their own government is keeping them in poverty. In spite of new deals and opportunities, the government is not using its resources to help its people. The government doesn’t support education and children don’t have the opportunity to attend school, have a proper meal, and gain the crucial skills they need to help themselves.

If we want to help, the best thing we can do is to help Haitians help themselves. Handouts and government aid will never be the solution when it’s the government who is crippling its own people. The solution? Education. Help the children of this country attend school and empower them to break the cycle of poverty. Give them hope, choices, and skills. THAT is how the rest of the world can help — one child at a time.

So instead of sitting back and feeling sad about what you see on the news, take some action. Do something small that has the power to truly change the lives of these people. Help Haitian children get an education, so they can save themselves — because no one else is going to do it for them.

Here at L’ecole Dinas Mixed, our mission is to provide free education to Haitian children who are eager to learn and gain the skills required to lead healthy, productive lives. Our program shines a light on the poorest country in the Western hemisphere and empowers disadvantaged children to break the cycle of poverty.

Even the small donations have a massive impact.