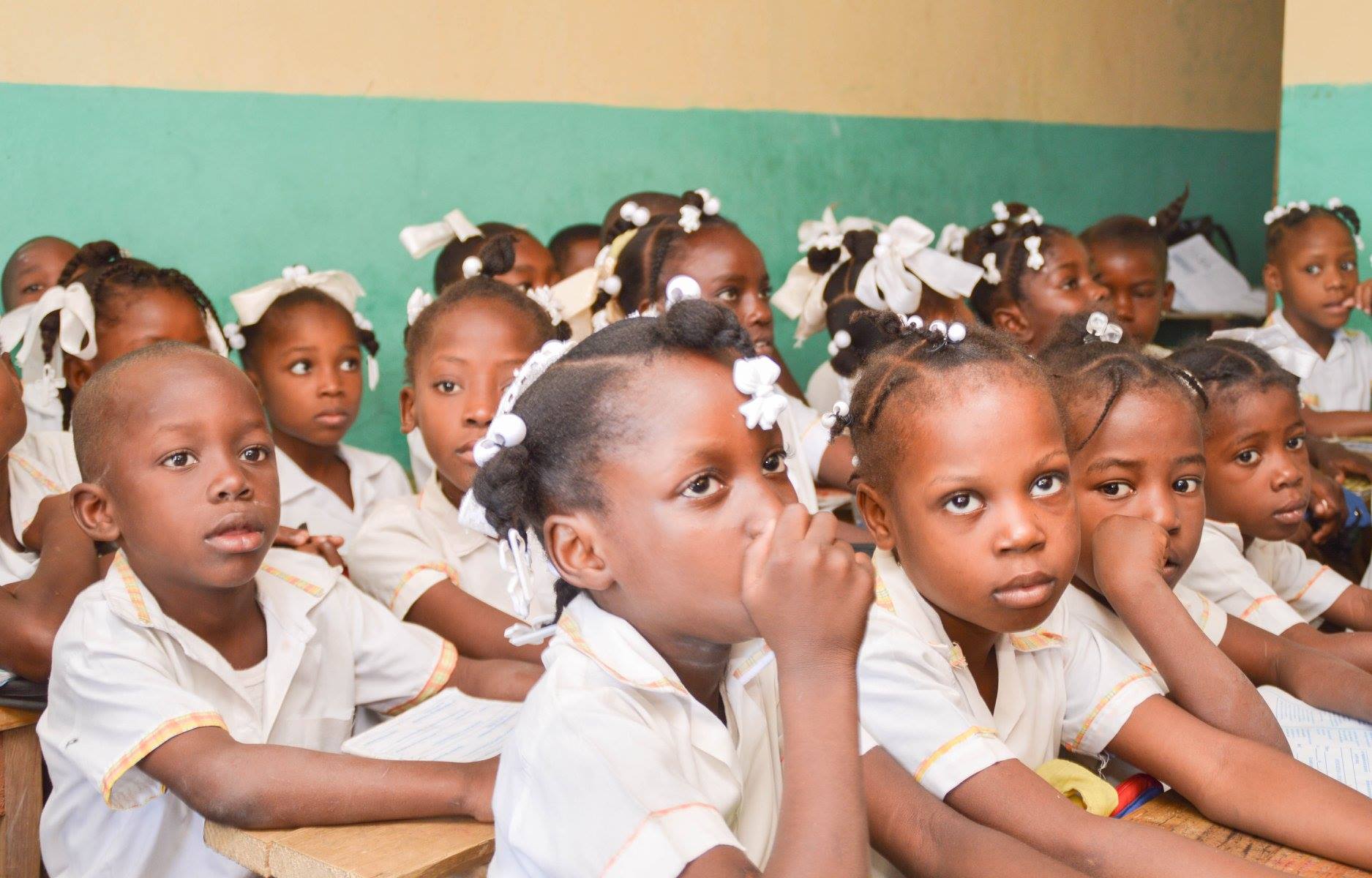 Why Is It So Hard to Get an Education in Haiti?

Haiti’s literacy rate is one of the lowest in the world – only about 61% of adults able to read and write. To understand some of the challenges facing students trying to get an education Haiti, it’s important to first understand how the educational system in Haiti works.

The educational system is based on the French system of schooling, established across the country after gaining their independence from France. Although providing a free education to citizens has always been a goal established by the country’s constitution, the reality has never fully come to fruition.

So what exactly makes it so difficult to get an education in Haiti?

One of the biggest barriers facing students and their families is the cost. Around 90% of schools in Haiti are privately run, mostly by for-profit organizations or by religious institutions. More than half of the country lives on less than $2 a day, so it’s very difficult for families to save enough money to send their children to a private school.

When children can afford to attend school, they sometimes are then faced with additional cost barriers for taking the exams to move on to the next grade. Even if the student was successful for the entire year, they are prevented from going up to the next grade by exam fees and are therefore stuck.

Often, children start school later than average and must repeat grades or skip school for a year (or more) because of financial difficulties. Older children, especially girls, frequently drop out to either help care for younger siblings or work alongside their parents to help make ends meet instead of finishing their schooling.

Public schools are scarce, especially in more rural areas of the country. For some students, it’s simply too far to get to the nearest school. It may also be dangerous for them to walk to school alone, but parents can’t take time away from work to escort children and there are no bus services.

Another problem facing schools is a lack of adequate supplies and infrastructure. Many schools don’t have running water or indoor toilets. Having enough schools supplies and books for all of the students is a constant struggle.

There is also a language barrier. French and Haitian Creole are both official languages in Haiti, but French is mostly used in more formal situations and the majority of citizens only speak Creole.

However, French is the language of instruction in many schools and exams are also in French. Naturally, this makes it difficult for the students to learn effectively.

Unfortunately, due to the difficulty of obtaining an education in Haiti, many teachers are also undereducated or lack effective training. Some teachers have not even graduated high school themselves and few have college degrees.

Teachers are often underpaid, which leads to a high rate of turnover when they leave to find better paying jobs. Haiti also suffers from “brain-drain,” where many of the brightest students leave the country to pursue higher education or seek better jobs in education-related fields.

Finally, the 2010 earthquake that devastated Haiti also had a major impact on the educational system. Thousands of schools across the country were either completely destroyed or badly damaged. Some never reopened or still aren’t functioning the way they were before the earthquake.

Of the thousands of Haitians who died or were injured by the earthquake, many were professors, teachers, and students. The expertise and knowledge of those lost cannot be easily or quickly replaced. Many students also suffered permanent injuries that schools aren’t able to accommodate easily.

As you can see, there are a myriad of problems facing students trying to get an education in Haiti. There is no easy or simple solution.

However, there is hope. Organizations like Lumiere D’Education and others across the globe are working hard to provide opportunities for children in Haiti to get the education they deserve.

At Lumiere D’Education, our students in La Plaine, Haiti receive a free education, including uniforms, school supplies, and meals. This is all possible with help from our many generous donors. Donate today to help break the cycle of poverty in Haiti.