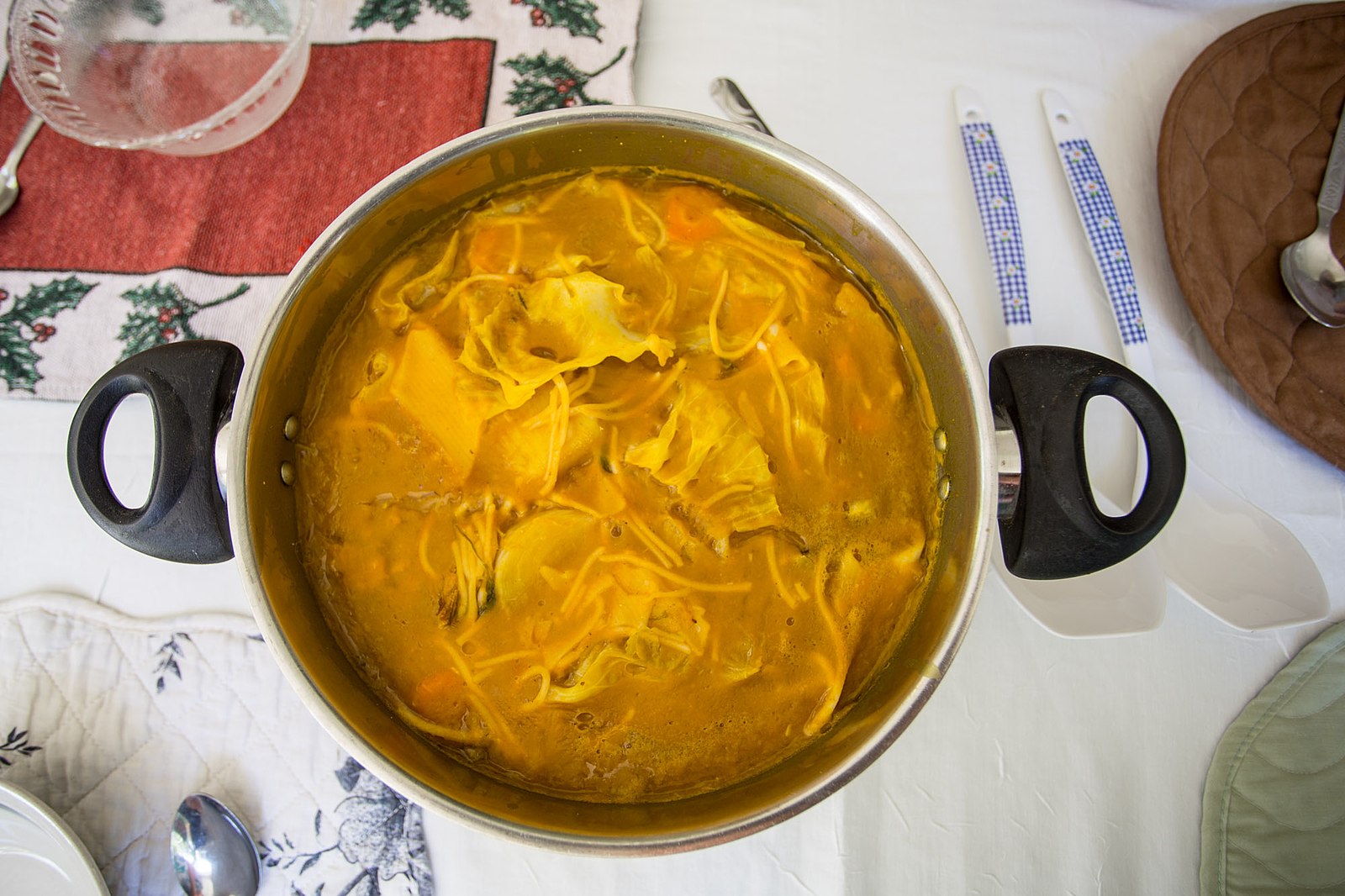 Christmas and the New Year are a special time in Haiti, but as with every country, there are many unique traditions that Haitians enjoy during the holiday season.

The vast majority of Haitians identify as Christians, so Christmas plays an important role in their lives. They decorate their homes with freshly cut trees from the mountains or pine branches. Colorful lights and ornaments adorn the trees. A nativity scene also has a prominent place in the household decorations.

Many people also decorate with fanal, special paper lanterns delicately crafted in the shape of small homes. Traditionally, these lanterns were used to light the way for those attending church.

After Mass, everyone returns home for a special meal called “Reveillon,” which is a French term meaning “to wake up.” This meal often lasts until dawn and includes dishes like rice and beans, tassot cabrit (fried goat meat), griot, accra, pineapple upside-down cake, orange cakes, and more delicious treats. To drink, Haitians enjoy Kremas, a drink similar to eggnog made with rum.

On Christmas Eve, children set their shoes out, filled with straw, for Tonton Nwèl (Santa Claus). He’ll remove the straw during the night and replace it with presents. Children also enjoy playing a game called wosle (similar to jacks) throughout the night.

Since Christmas Eve activities often last into the early hours of the morning, Christmas Day is usually a much quieter affair in Haiti. Christians who didn’t attend church services the night before will go to church on Christmas Day. As with any good holiday, there is plenty of food! Haitians enjoy a happy day spent with family and friends.

Children spend time playing with the new presents brought by Tonton Nwèl and when it gets dark, play with sparklers called pi detwal. Pi detwal translates to “rain of stars.”

January 1st is a doubly special holiday in Haiti. In addition to celebrating the beginning of a new year, New Year’s Day is also Haitian Independence Day.

On that day in 1804, Jean-Jacques Dessalines, the leader of the Haitian Revolution, officially  declared Haiti’s independence from France. Haiti was the first country in the world where slaves successfully led a revolt and gained their freedom.

To celebrate the new year and independence, Haitians make a special dish called soup joumou. This soup, made with squash, was originally only allowed for the Haitian colonial masters, so it became a way for the newly freed slaves to celebrate their liberation. Now it is made every new year in honor of their struggle.

Families and friends gather to share large pots of the delicious soup, traditionally made with calabaza squash, marinated beef, peppers, herbs, pasta, and other vegetables like carrots and potatoes. Every family has their own special recipe and it’s a labor-intensive process that brings everyone together.