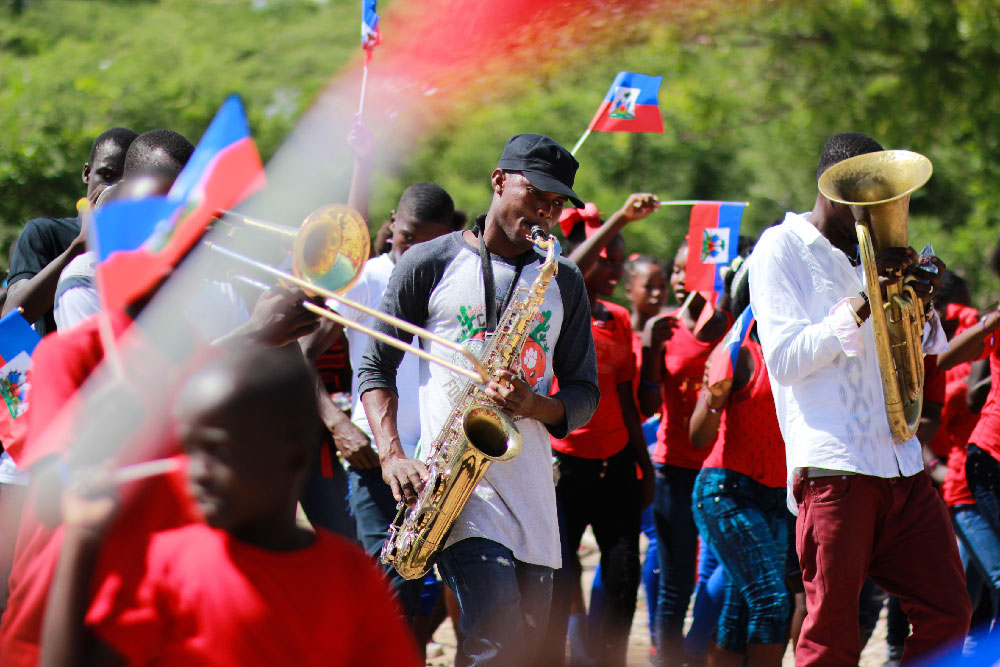 Haiti: Then & Now. Where Exactly Is L’Ecole Dinaus Mixed?

The history of Haiti is one of the most inspiring and interesting of any country — yet it’s one most of have never heard. The Haitian Revolution of 1791 is an incredible story that changed the course of history. They went from a slave state to an independent nation due to the drive and ambition of the citizens who used to be slaves. If you want a quick history lesson, this short video does a great job at explaining the full Haitian history.
In a world where 95% of the population were slaves, it was inevitable that unions across races and cultures would have to happen — otherwise, there would be no possible way to grow the population. A few hundred years ago, Haiti had four clearly defined classes of people:
Le Grande Blancs (white people who owned most of the property, plantations, and slaves)

Free people of color (freed children of slave masters, some of whom had property and slaves of their own)

When the French Revolution broke out, it inspired everyone in Haiti to change how they thought of themselves and the politics of their country. Amongst the four very different classes of people, there were major grievances that eventually led to war. With changes like the free people of color being granted French citizenship and the poor white class being resentful, everyone was seemingly against everyone. The reality, however, was that the slaves were the ones experiencing the absolute worst hardships, far worse than any of the other classes could appreciate. But, they had the numbers and when they took their chance, with the support of France, their uprising is what ultimately led to Haiti becoming an independent and slave-free nation.

As history has shown us time and time again, things often get much worse after wars and revolutions end, and Haiti is no exception. France expected to be compensated for helping the slaves free themselves, and subsequently demanded $20B in compensation, basing this number on the profit they expected to lose from the lack of slavery working on the coffee and sugar plantations. Although this all started prior to the 1800s, Haiti was paying towards this debt until 1947.
As with most islands in the Americas, the climate of Haiti is scorching hot, humid, and tropical, although it does have dry seasons in certain areas. Despite the ideal growing climate in Haiti, government instability and corruption have meant that the country is riddled with poverty. This poverty is only increased by the natural disasters that they are often subject to, as recovering from a natural disaster is a long and expensive process. When the money isn’t there, the recovery simply can’t happen. Due to the climate change caused by our lifestyles and multiple other factors, natural disasters in Haiti are becoming more frequent. Unfortunately, most climate scientists predict this is only due to get worse.

This brings us to the question of where L’Ecole Dinaus Mixed is located.

Haiti is divided up into ten big areas which are called departments. Three of them are from when the nation was ruled by the French, and the other seven came about over time due throughout historical events. Within each department, there are a few areas known as arrondissements (French for Borough). Most departments have about three arrondissements.
Within each arrondissement, there are between two and five communes and the communes within Haiti are further divided up into areas known as communal selections. With these areas come layers of government, which means that Haiti is divided into six layers of government: Haitian government, the departments, the arrondissements, communes, and communal selections.
L’Ecole Dinaus Mixed is located in the North West department of Haiti in an area called La Plaine. Its location is very rural, which is why it doesn’t get much interest from the Haitian government. The area relies heavily on foreign aid for support, as there are next to no government-sponsored schools for the children to attend. That’s why it’s so important that we ensure the 140 children who currently attend L’Ecole Dinaus Mixed continue to have this incredible opportunity, which wouldn’t be possible without our generous supporters.
It only costs $14 per month to send one child to school. See what our school needs to keep operating and learn more about it here.