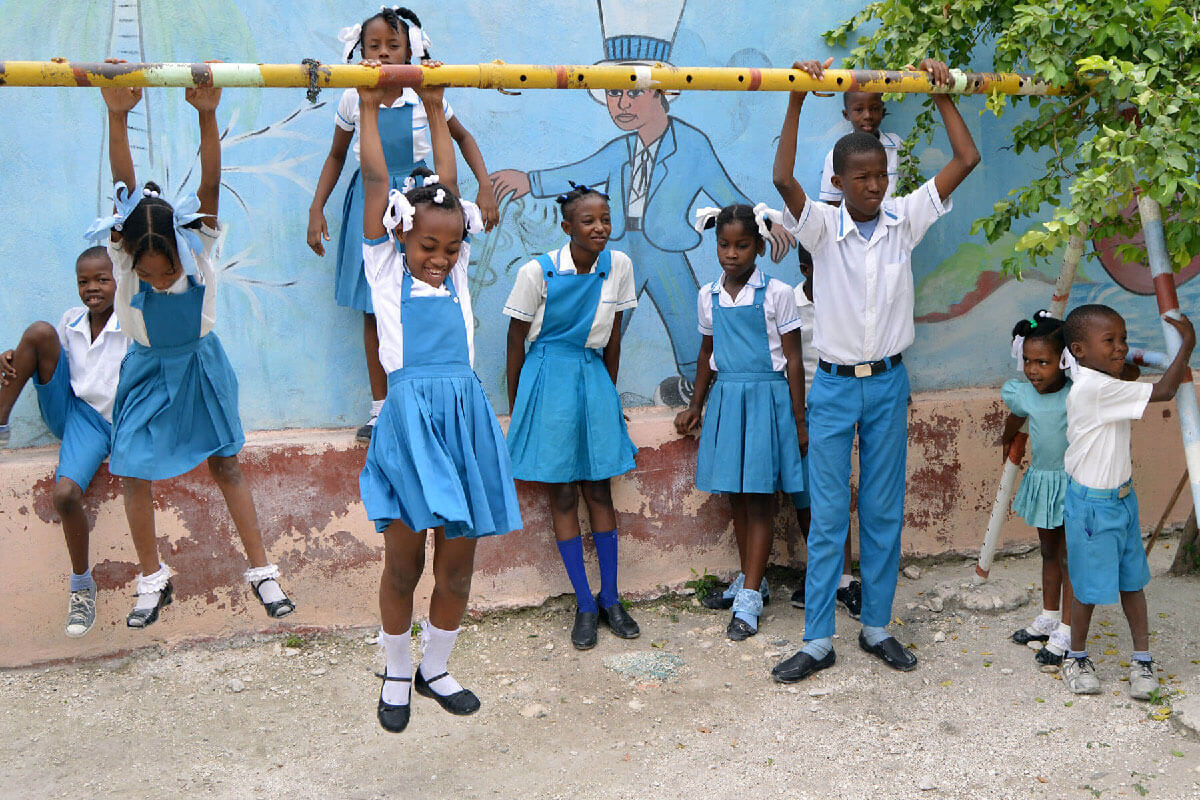 One of the most common questions I’ve been asked since being involved with Lumiere De Education Foundation is, “Why Haiti?”. My answer then and my answer now remains the same, “Why not Haiti?”. Let me explain.

I have had the privilege of traveling to many different countries throughout the world and I’ve seen a lot of different things, some good and some very very bad. One thing that is always BLARINGLY obvious to me is that even when things here in the United States seem bad, they are still better than most of the world. It is so easy to focus on the negative (I am guilty of this too), that we often forget just how good we have it as Americans. As a country, America has so many core structures in place which are designed to give everyone a fighting chance that simply do not exist in many other places. Here in the U.S., there are well-established agencies that monitor the well-being of children, institutions to measure educational progress, and many other core structures that we don’t ever think about because they are so normal to us. Even on the darkest days and during the times that ‘the system’ fails, the truth of the matter is that there is a system here. You have to try really really hard to go completely unnoticed in the United States.

Unfortunately, the same can’t be said of Haiti. Haiti is one of the world’s poorest countries. Depending on the day, the exact ranking can change, but Haiti consistently ranks among the poorest countries in the entire world and it’s, without question, the poorest country in the Western Hemisphere. There are HUNDREDS OF THOUSANDS of children without living parents in Haiti, the majority orphaned due to various natural disasters. Even when a Haitian child is lucky enough to still have a living parent(s), they are, more than likely, living in extreme poverty. Two out of three Haitians live on less than two dollars a day. Ninety percent of the primary schools in Haiti are private so if a family can’t afford to pay tuition, there is no schooling. There are no government programs in Haiti, there are no systems in place to monitor the well-being of children and any form of education is a privilege, not a right. If you live in Haiti, you are almost entirely on your own.

Haiti is fewer than seven hundred miles from the United States. (That’s less than the distance from Evansville, Indiana to Washington, DC). I believe it is naive to think that the future of Haitian children won’t affect many of our lives, some day, in some way. Helping children in Haiti doesn’t mean I love children here in the United States any less, it just means that I want those children to have a chance too. What they do with that chance is up to them and their responsibility to see it through, but they should get a chance. In my opinion, every child deserves a chance.

So that’s my answer to the “Why Haiti?” question.